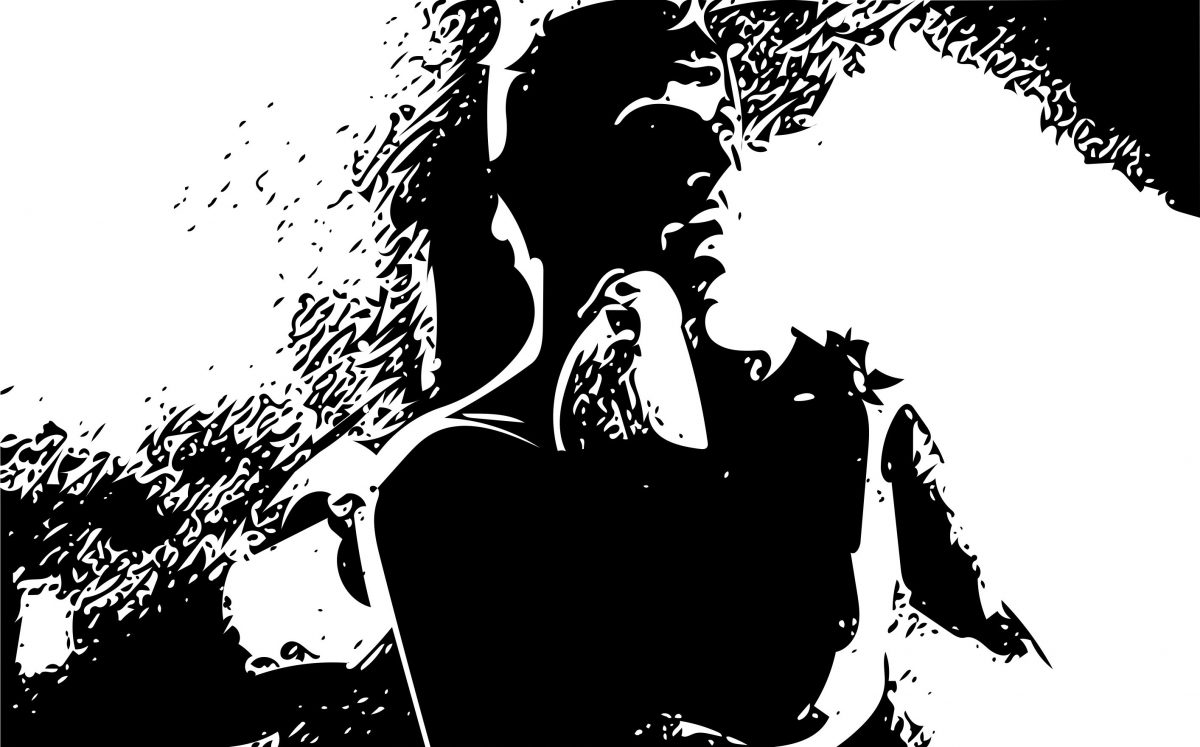 Almost fifty years ago, Philip K. Dick wondered whether androids dreamt of electric sheep as a way of reflecting on robots’ ability to develop feelings and on humankind’s entitlement to doing away with machines showing this dangerous anomaly. Almost thirty years ago, Ridley Scott brought this moral debate to the big screen in a film featuring Harrison Ford ‘retiring’ human-like ‘replicants’. Now, the Commission, as a modern antitrust blade runner, is seeking to ‘retire’ an Android which seems to have developed overambitious feelings.

As a matter of fact, this ambition of Google’s mobile app business gave Vestager a reason not to break with the tradition of giving the technological giant an April shower. One year after the charge sheet on Google Shopping (see ‘Alternativlos!’), Mountain View was hit with a brand new statement of objections focussing on Android. On this occasion, Google was preliminarily suspected of using its operating system to carry out conducts falling within the shabby boxes of tying and exclusive dealing.

On the tying side of the house, concerns were raised over licence for Play Store (Google’s must-have app store) being made conditional on mobile device manufactures’ preinstalling of Google Search as default search engine, as well as licence for Play Store and Google Search being tied to their preinstalling of Google Chrome. Additionally, Google would be making licence for proprietary apps subject to mobile manufactures’ anti-fragmentation commitment, that is to say, their commitment not to run Android forks (i.e. operating systems based on Android’s source code, which is licensed on an open-source basis) on their devices. Concerning exclusivity, Silicon Valley’s colossus would be offering device manufacturers and mobile network operators financial incentives in exchange for exclusive preinstalling of Google Search to the detriment of competing search engines.

Obviously, I can’t help taking this opportunity to keep nagging readers about the paradigm of contestability that I vindicate as pressingly necessary when it comes to Article 102 (as regards market definition and market power as well as the concept of abuse) in online and highly technological sectors. Unfortunately, exclusivity remains a stronghold for the ‘per se’ analysis as long as authorities have good policy reasons to rely on presumptions, such as sparing the public purse economists’ wages or warding off big corporations’ armies of consultants.

Yet, not only coherence with Article 101 single-branding, subject to a by-effect analysis, but also the complex and dynamic nature of technological markets demand an economics-based approach. Even if not much hope were to be placed on Intel’s appeal before the Grand Chamber (a question to be explored in ‘Chips ahoy!’), one doesn’t have to be an antitrust expert to realise that the potential for foreclosure of CPUs being built into computers by bribed original equipment manufacturers doesn’t compare to preinstalled apps that savvy young children could easily replace by those of one-swipe-away competitors.

This is due precisely to what they called contestable markets in the 80s (now back in the headlines thanks to more sexily called ‘disruptive innovation’), which, in a nutshell, means that easy entry and exit in a concentrated market can undermine the incumbents’ market power to the point that welfare conditions are close to those of perfect competition. This doesn’t mean that digital markets are free from barriers to entry, but that there are no ‘traditional’ ones and, hence, market power must be gauged by different means transcending static market footprints. The General Court itself has already taken a decisive (albeit hesitant) step in this direction (in the field of merger control, it’s true) by acknowledging in Cisco and Messagenet v Commission that even the fundamental yardstick in the analogue world, as is market share, can be relegated to a mere indication in digital economy.[1]

Although the first-tier court didn’t go as far as providing with alternative parameters, I think that the assessment of digital market power should revolve around network effects since online markets are featured by multisided platforms (i.e. marketplaces where different groups of users whose demand is interdependent interface with each other so that externalities produced by one in the form of indirect – i.e. cross-side – network effects are captured and monetised by marketing them to the other).

As discussed in more depth in ‘The bonfire of the vanities 3.0’, network effects may afford the incumbent certain protection by raising barriers to entry resulting from inherent economies of scale. It is clear that the more users adhere to one side, the more users on the same side will be attracted by the improvements on the platform resulting from direct network effects (more accurate query results or better social interactions), as well as the more users on the other side will be interested in reaping the indirect network effects generated by the former. Nevertheless, network effects can be extremely pro-competitive depending on factors such as the relative possibility of multi-homing (i.e. using different platforms for the same purpose) on each side of the platform or the appearance of a new player offering differentiated functionalities whose swift expansion is guaranteed by the same feedback effect. Therefore, network effects ultimately foster innovation and differentiation.

The ‘per se’ approach has become even more clearly obsolete as regards tying. Firstly, concerning foreclosure (one of the five elements in the classical tying test), the seminal Microsoft (tying) saga (which seems to be still the state of the law) relied too much on the ‘positive feedback loop’ generated by the omnipresence of preinstalled Windows Media Player, as content providers had incentives to use this underlying technology in order to reach the very large majority of client PCs.[2] However, such a monolithic notion of indirect network effects doesn’t fit in the new paradigm of dynamic competition and contestable markets, under which the ambivalence of network effects (which can also facilitate expansion of new entrants) and the dependence of their relevance on the relative pattern of adherence to the different sides of the platform (possibility of multi-homing on each side) call for a case‑by‑case analysis.

Secondly, the element of coercion must also be subject to a substantially different assessment, in so far as ease of downloading and users’ technical knowledge in 2016 clearly discredit the General Court’s argument in 2007 that Microsoft’s coercion was exerted through original equipment manufacturers on PC consumers. The fact that they couldn’t choose to uninstall Windows Media Player made coercion not only contractual but also technical without need for the consumers to be forced to use the software in question.[3] By contrast, Vestager’s view that Google’s every confidence in users not downloading rival mobile apps reduces its incentives to compete for customers and develop new products[4] must be taken with a pinch of salt.

Finally, although from a traditional point of view, Silicon Valley’s giant would be abusively entrenching its position in the markets for search services, browsers, mobile operating systems and app stores (if found to be strengthening its dominance in those markets without competing on the merits), online platforms bring about two more lex ferenda debates: the need to relax the objective justification standard, and the ever-postponed ‘Article 102(3)’ efficiency defence. On the one hand, the ‘reasonable and proportionate’ character for a dominant undertaking’s measure countering a threat to its commercial interests to escape Article 102 (providing of course that the purpose isn’t strengthening its dominance)[5] has to be made more flexible in the digital ecosystem, where easy expansion by ingenious new entrants may prevent incumbents from recouping huge investments in innovation.

On the other hand, the Commission should once and for all listen to the timid voices pointing at a 101(3)-like ex-post justification in the light of the online platforms’ unprecedented ability to internalise (otherwise worthless) indirect network effects for the benefit of users on both sides of the marketplace. For instance, doesn’t the fact that Google Search directly responds to horizontal queries by retrieving its own vertical results (instead of redirecting to rival vertical search engines and making the cybernaut rummage through to find allegedly more relevant items) remind of ‘advantages in terms of efficiency that also benefit consumers’ so that ‘the exclusionary effect produced may be counterbalanced, outweighed even’?[6]

In summary, although the need to prove exclusionary effects lies six feet under after Intel[7] and Post Danmark II[8], it is high time that the forty-year-old presumption against exclusive dealing was nuanced now that its very foundations have been shaken by the online phenomenon. The obsolescence of Article 102 classical analytical framework is equally crystal clear when it comes to tying, since its main elements sit uneasily with the current reality of virtual marketplaces. Not only experience, free switching and multi-homing make platform users difficult to lock in by means of commercial or technical coercion, but also double-edged network effects can either allow for foreclosure or cause dominant firms’ huge market shares to be swiftly lost to innovative and differentiated mavericks.

In this scenario, blind assumptions about the kinetic world turned by enforcement indolence into one-size-fits-all dogmas reach in the online universe an unprecedented potential to discourage dominant undertakings form investing in innovation. Hence, a fair balance is to be stricken between, on the one hand, unhindered entry and expansion and, on the other, incentives for incumbents to keep contributing to technological progress (since they are in the best position to drive innovation). Otherwise, without a facts-based analysis in the framework of an overarching paradigm of market contestability (cutting across market definition, market power and abuse tests) that transports Article 102 to the digital era, all those innovations will be lost in time, like tears in rain.